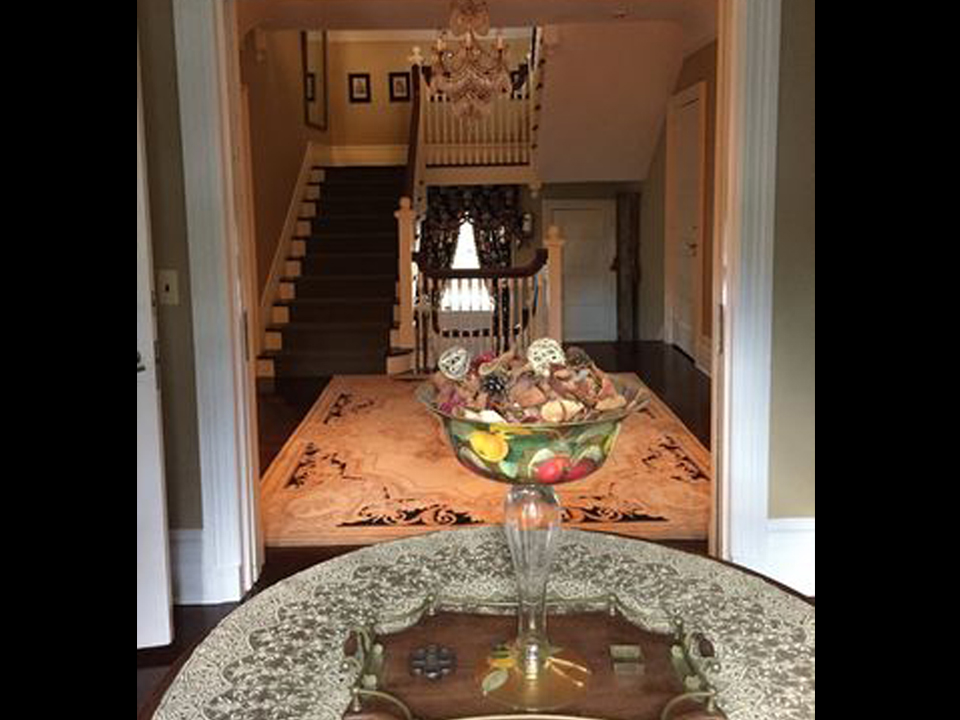 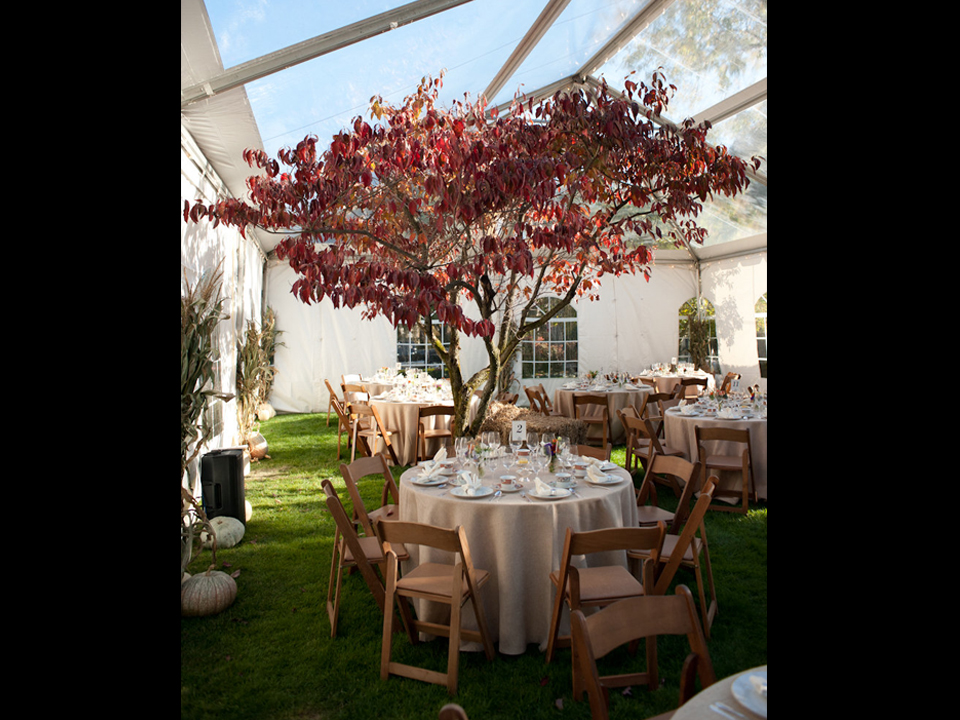 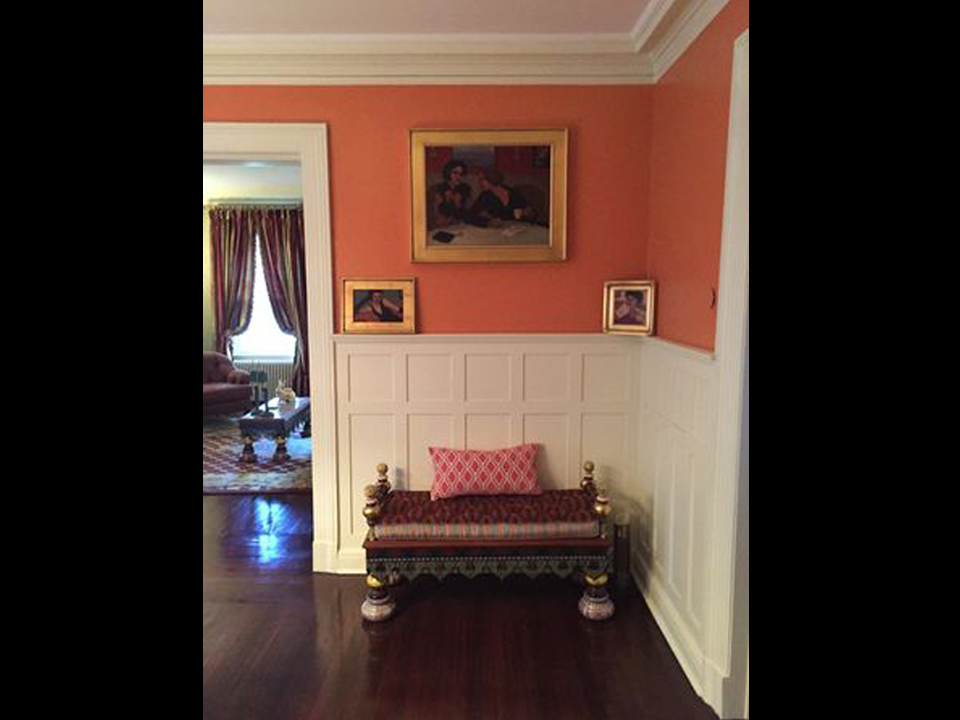 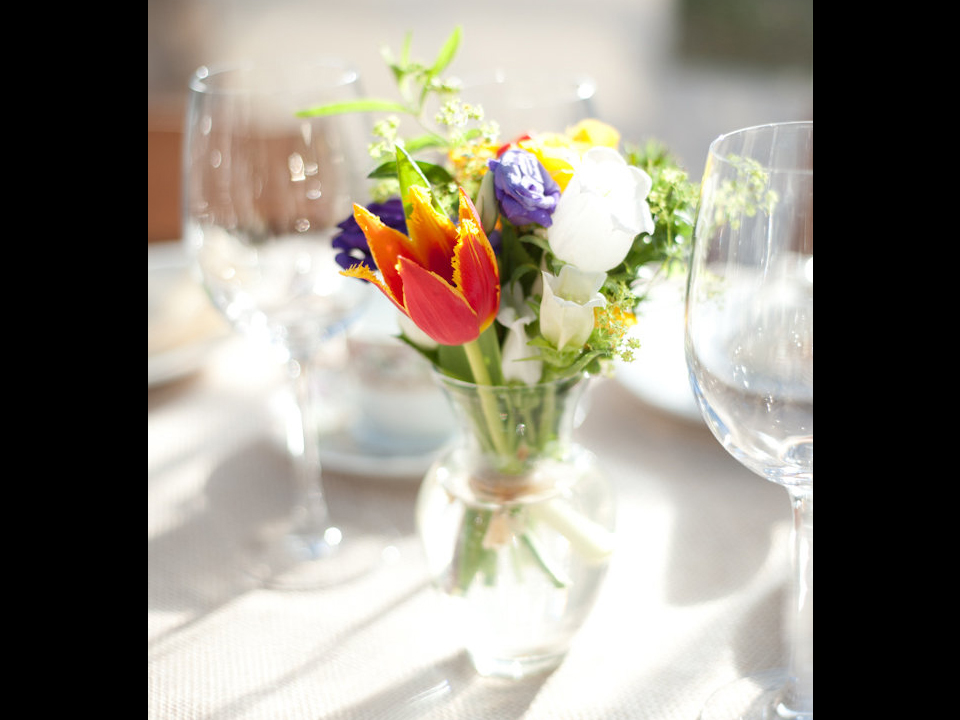 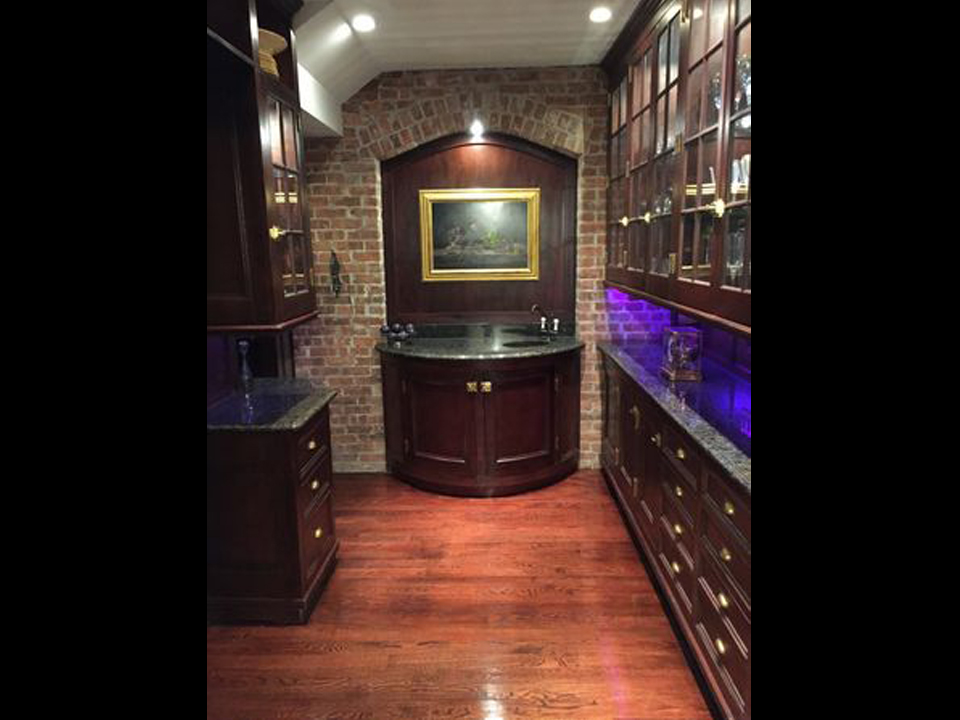 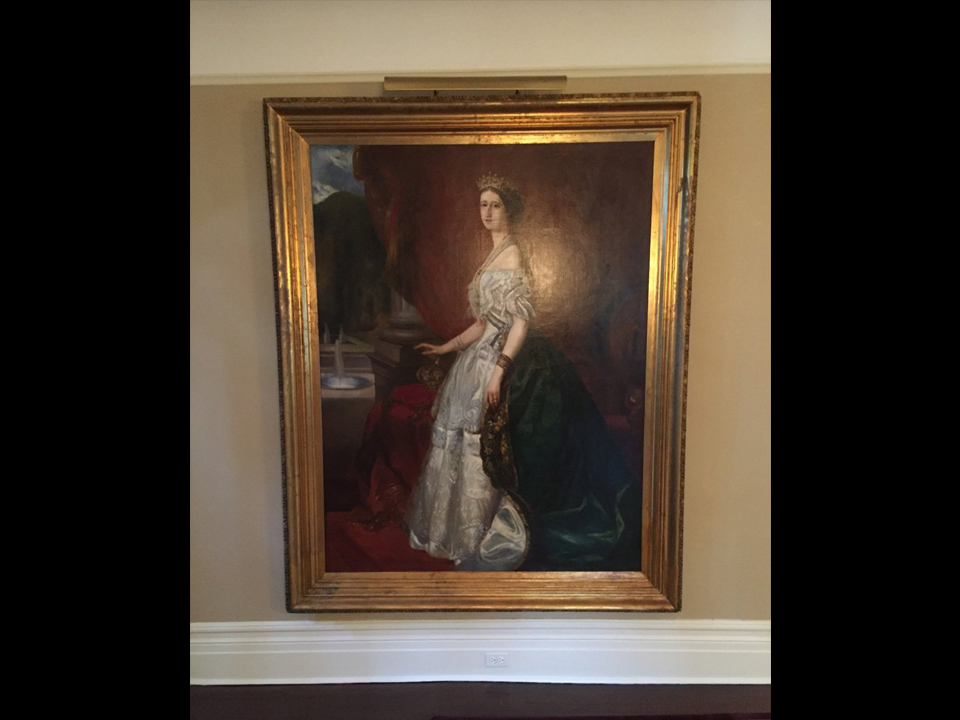 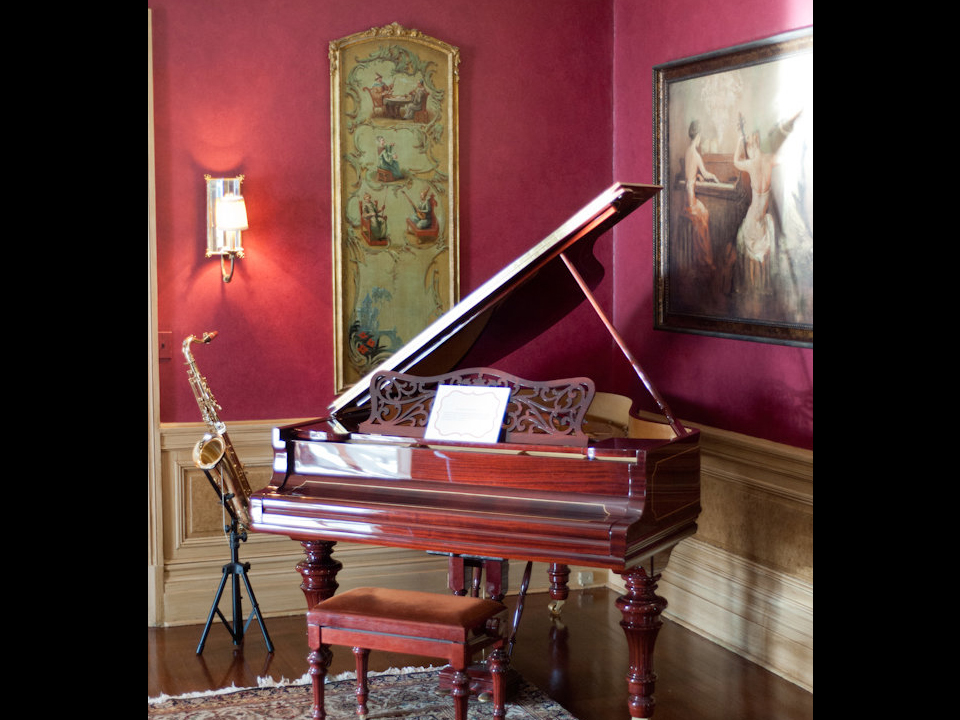 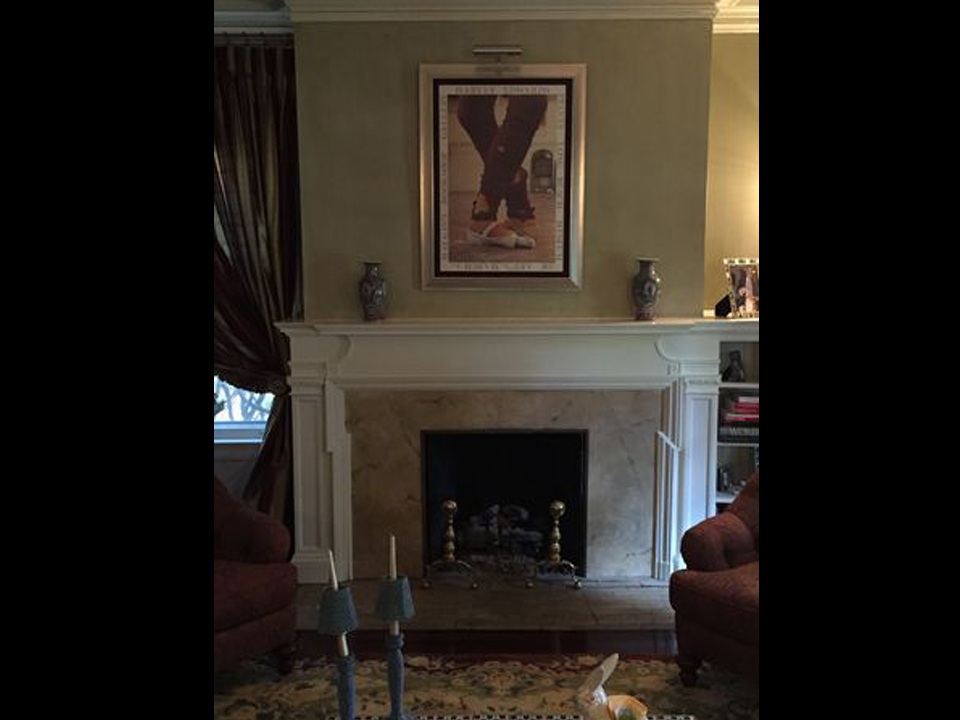 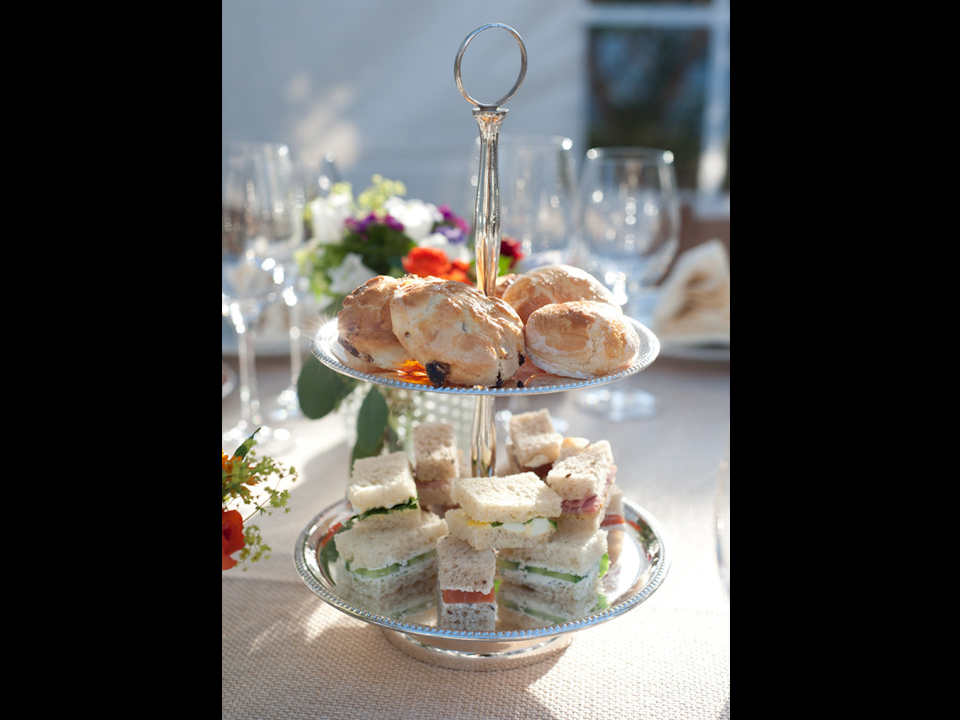 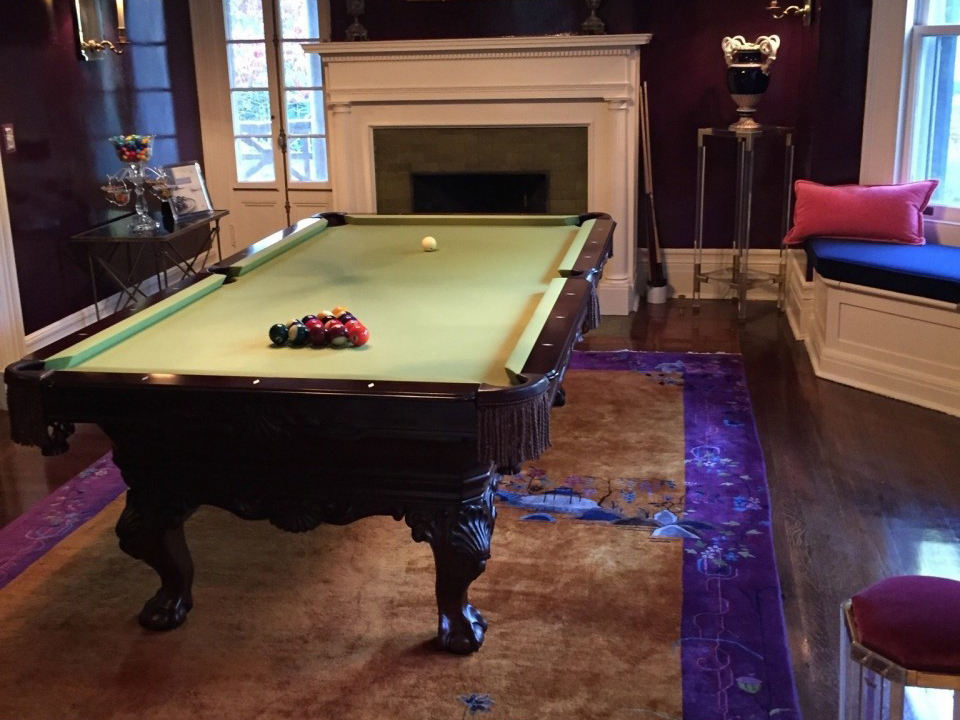 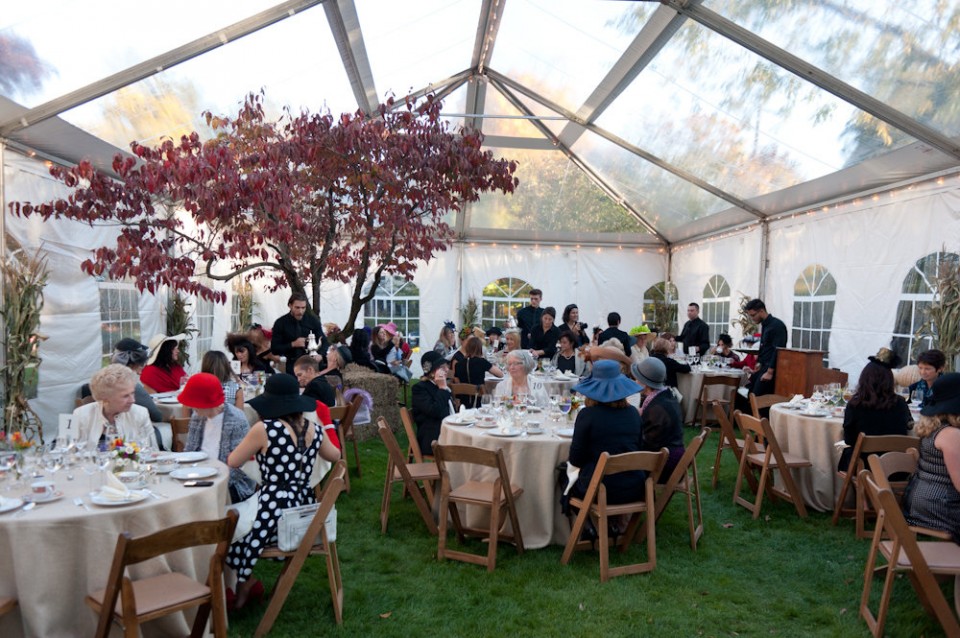 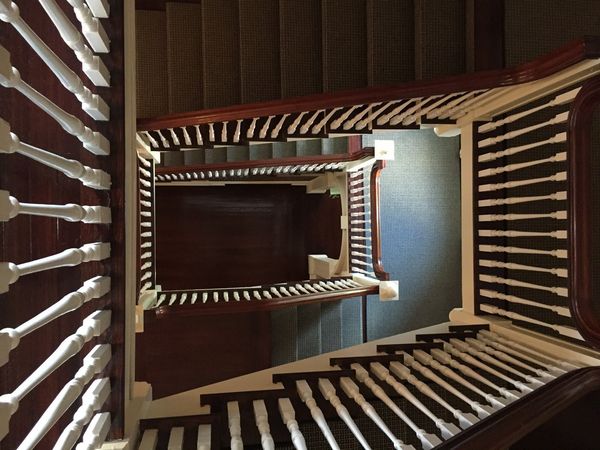 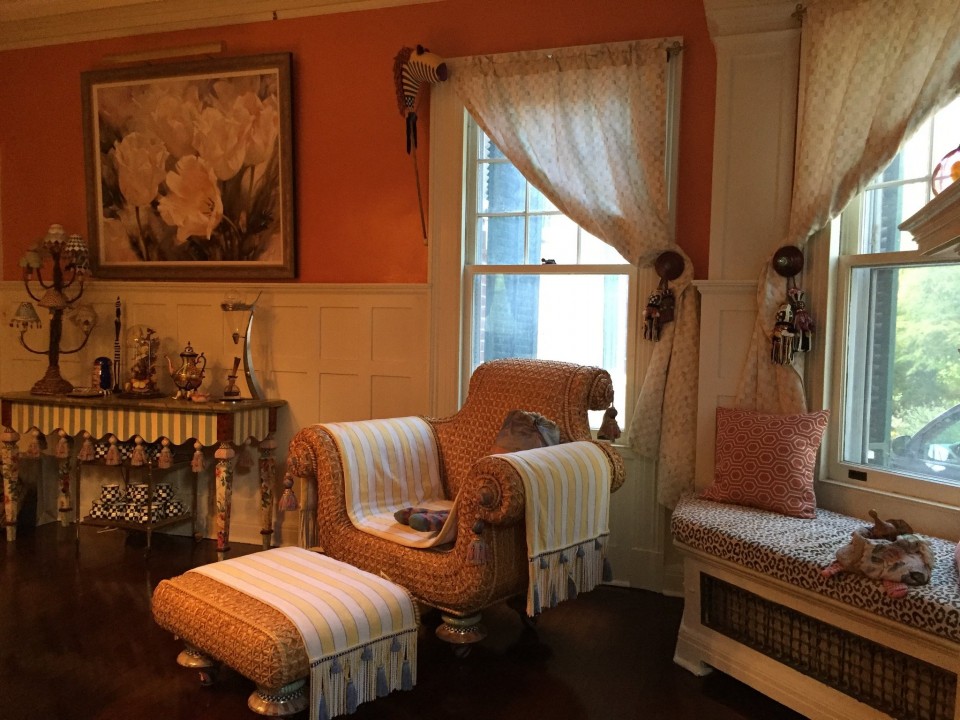 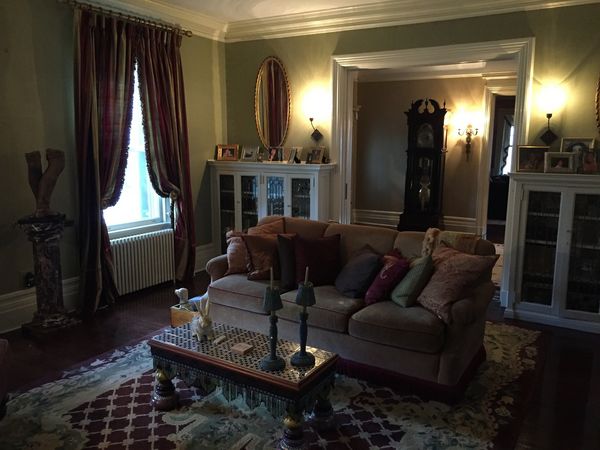 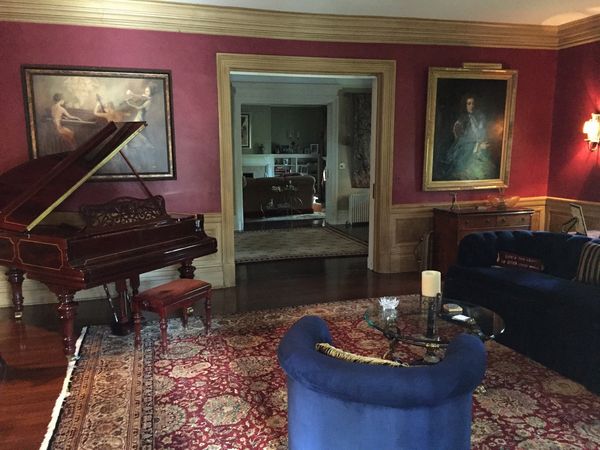 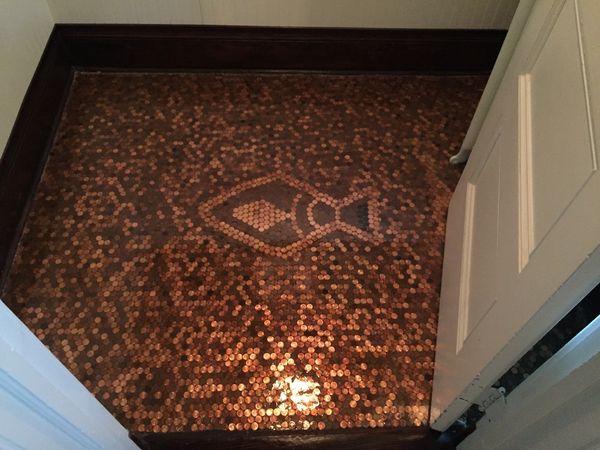 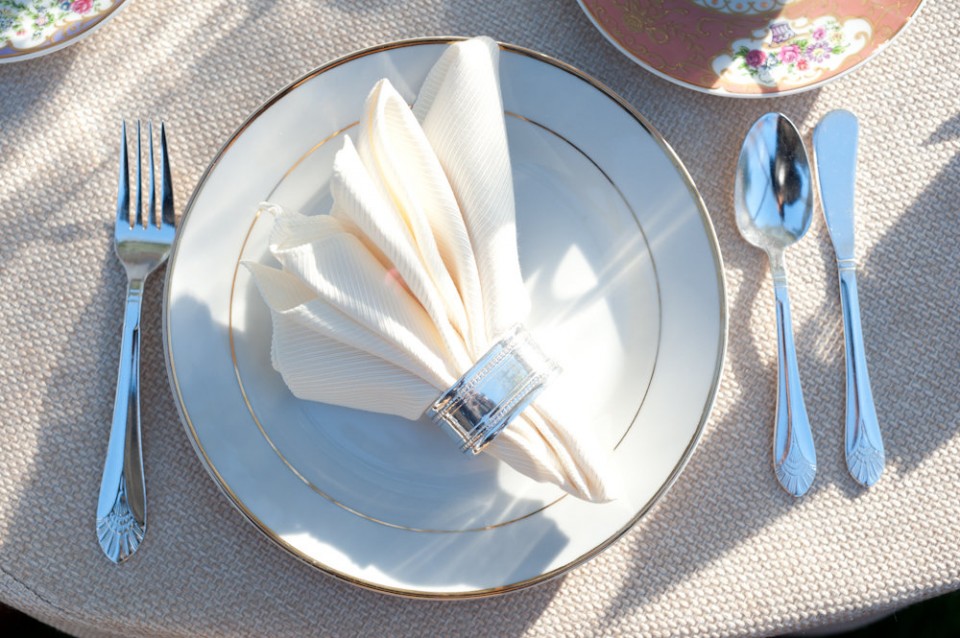 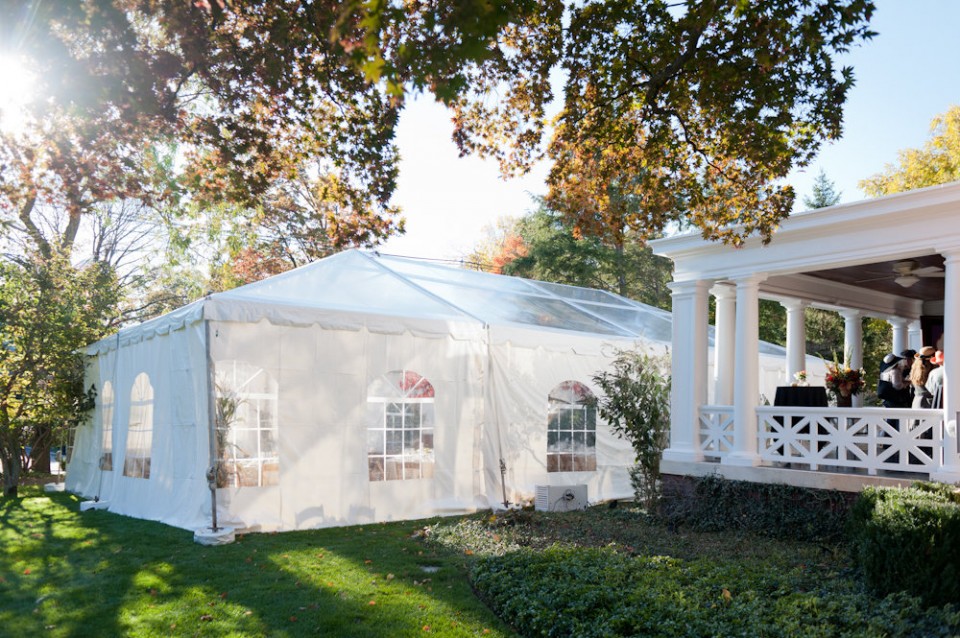 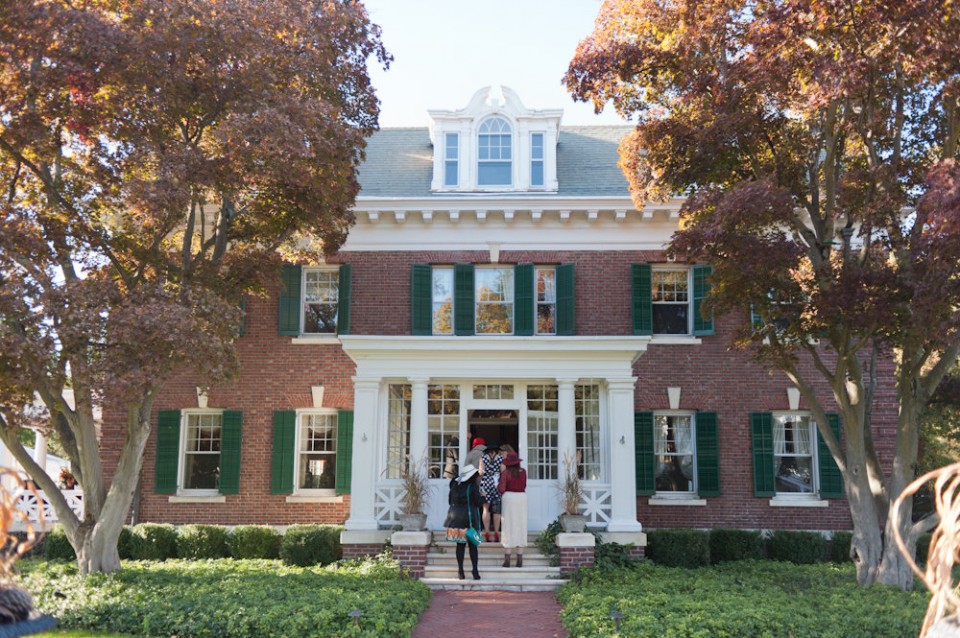 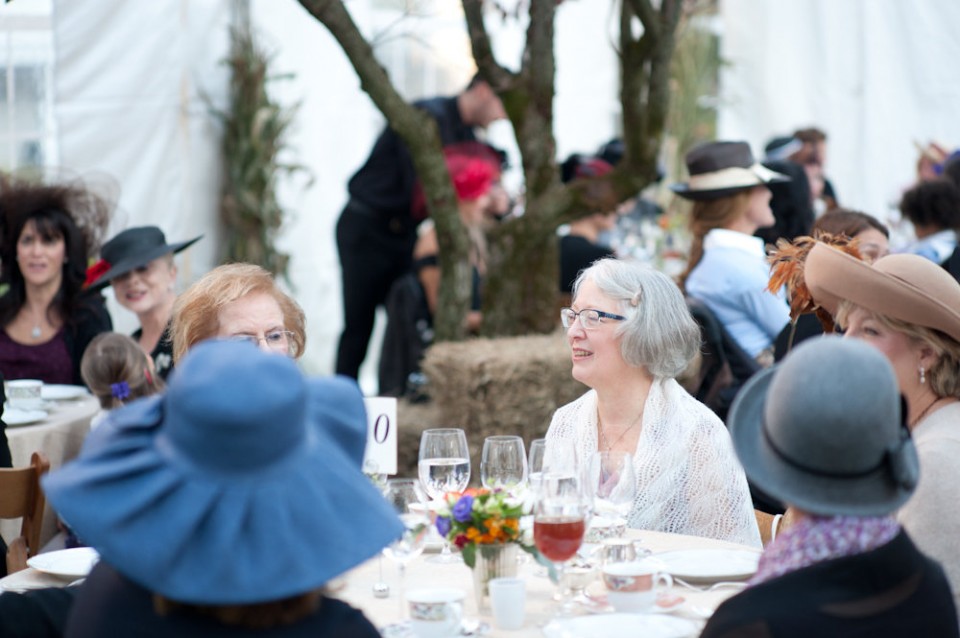 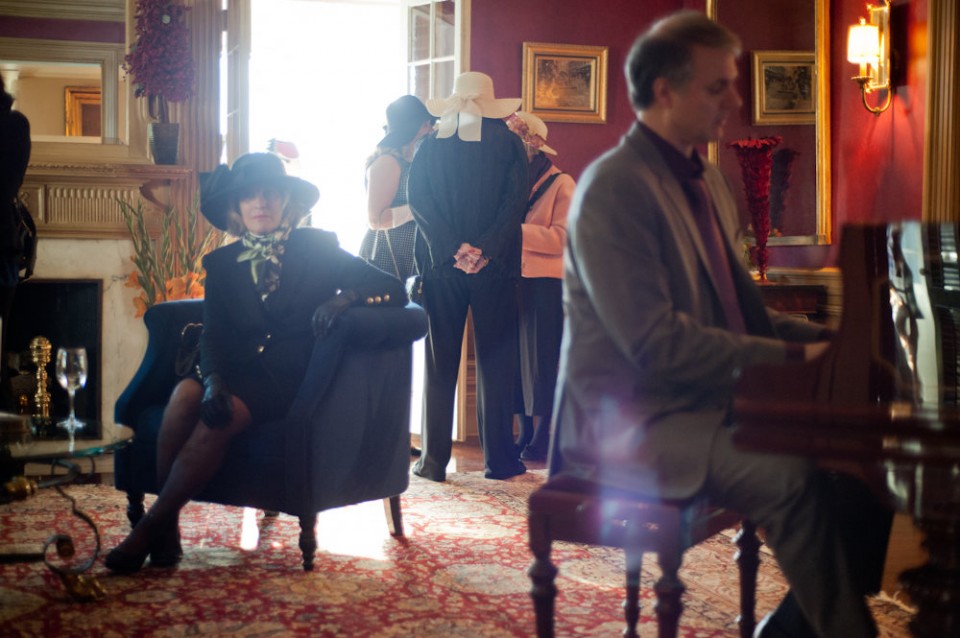 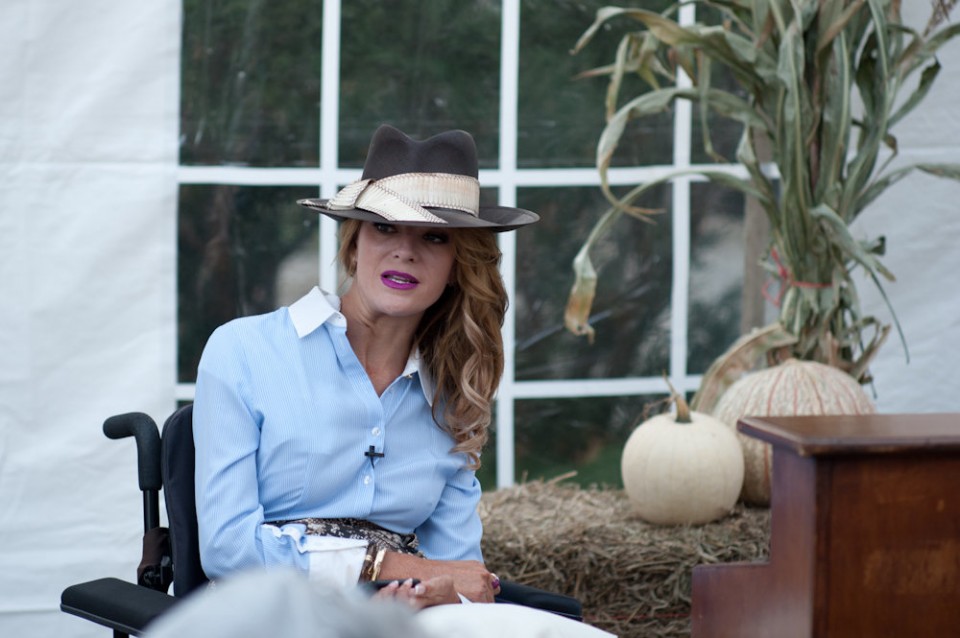 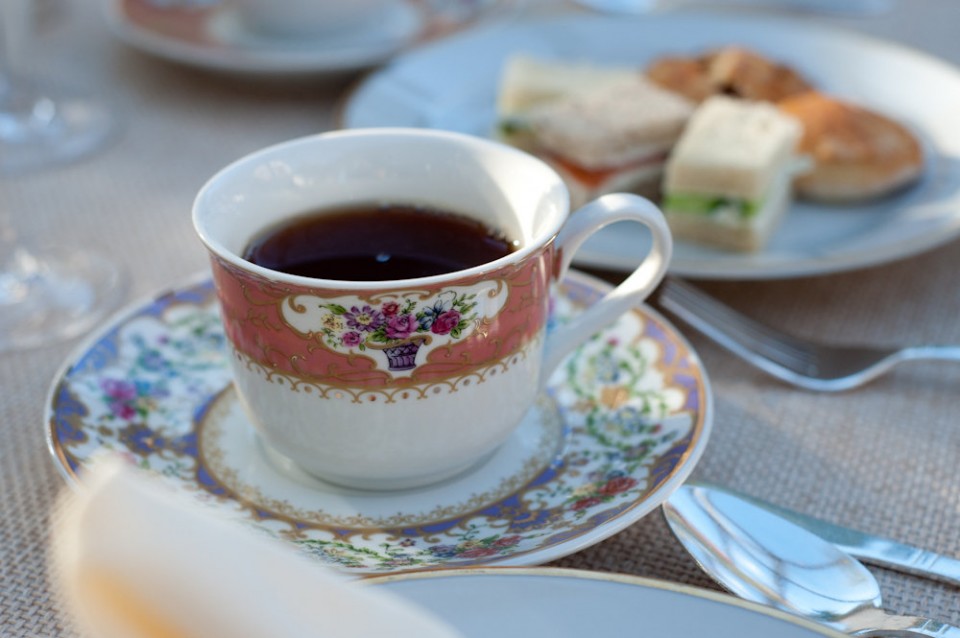 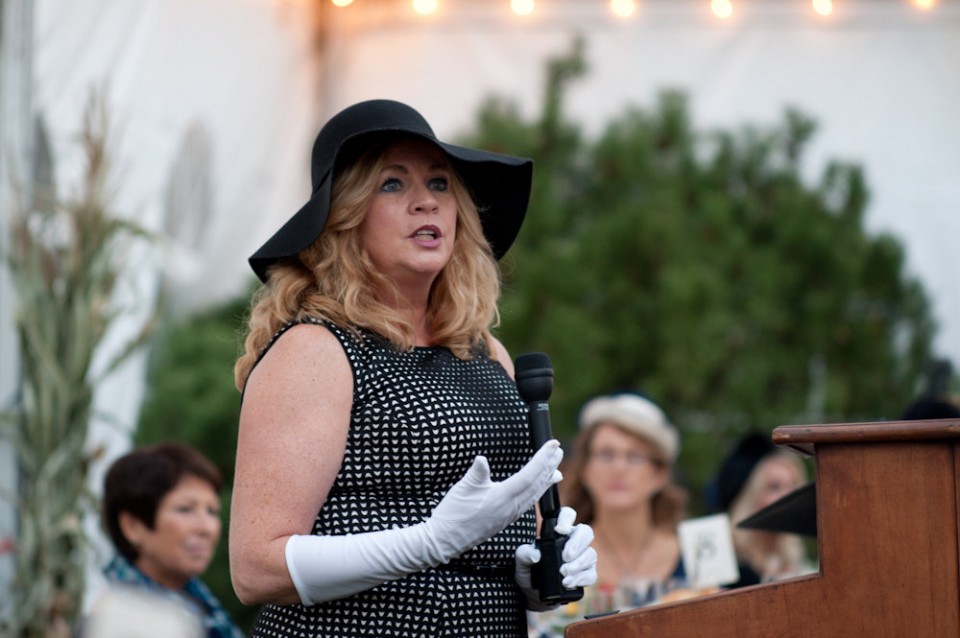 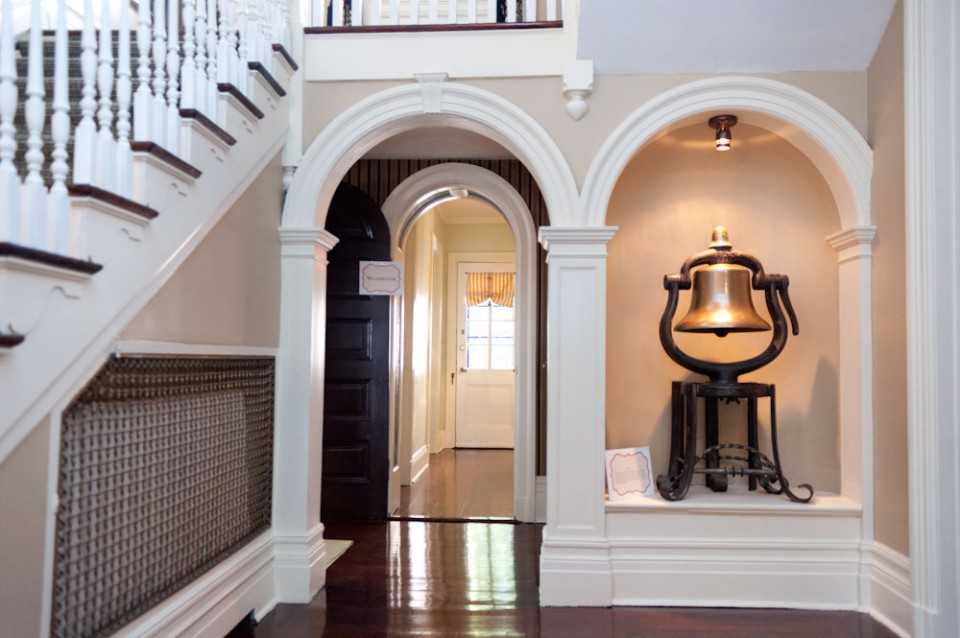 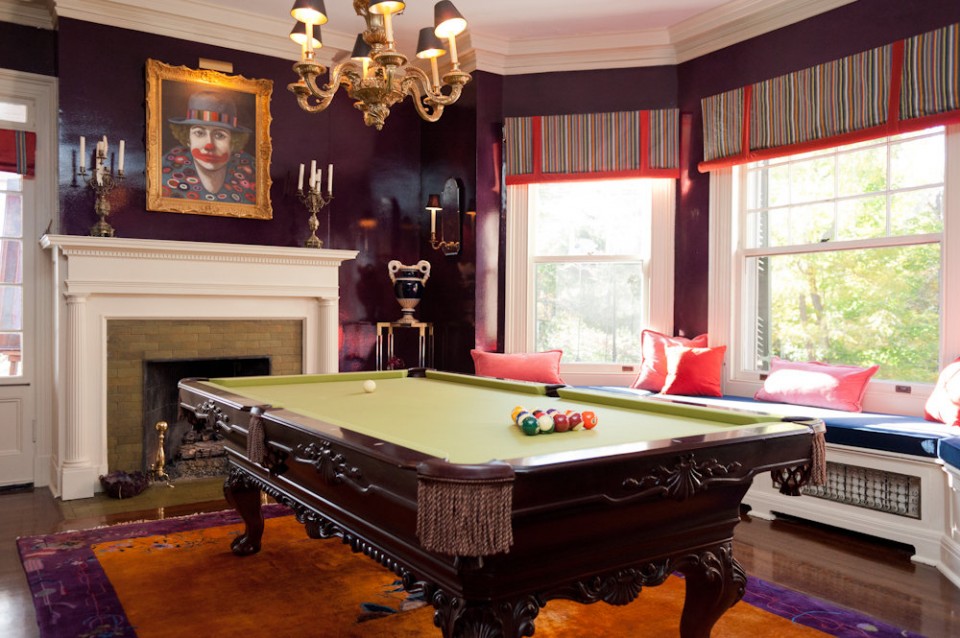 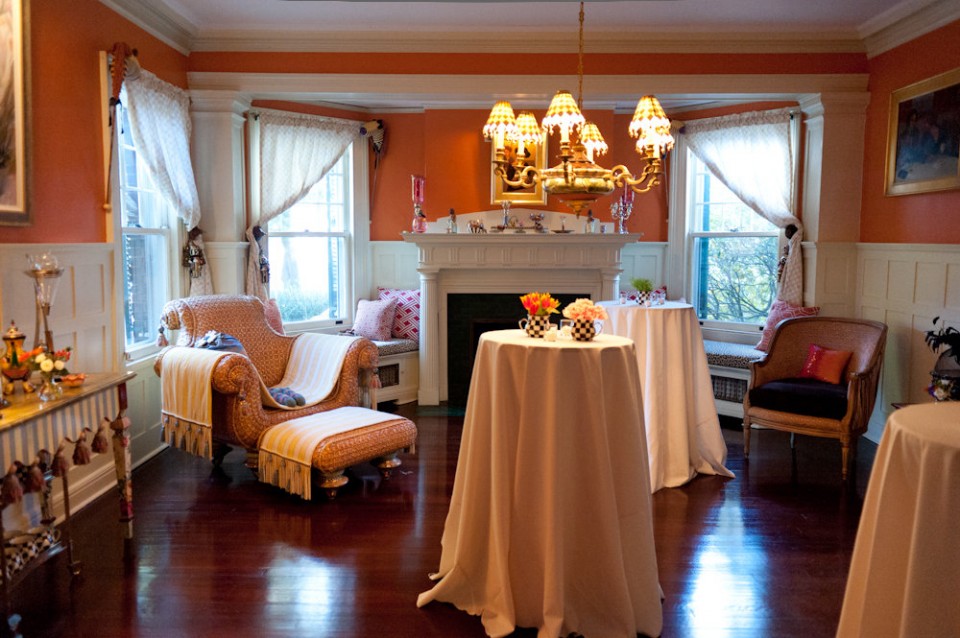 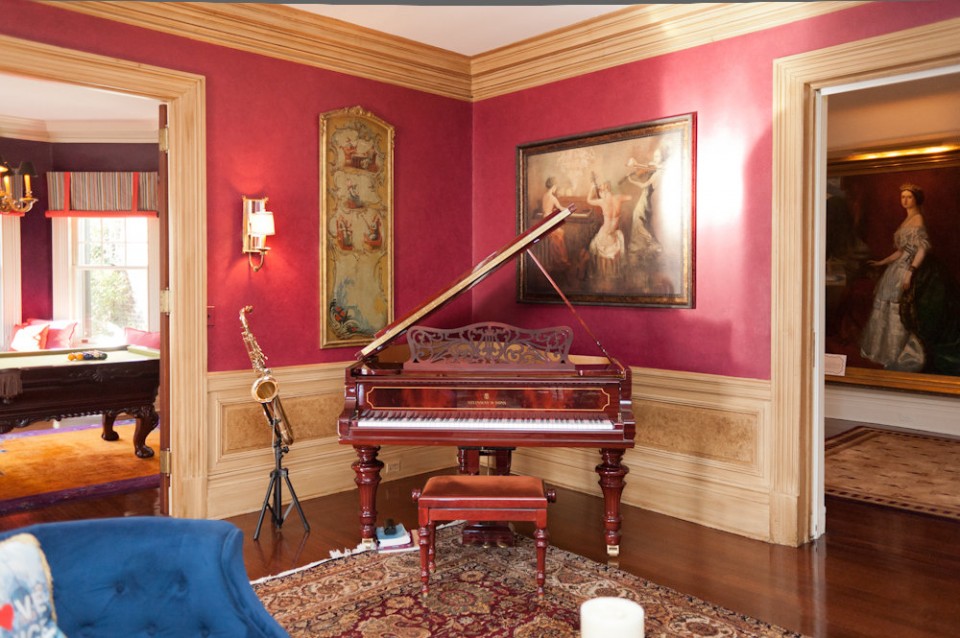 For Ashley Lauren Fisher, bringing in a bit of color for a celebration at her Morristown home means trimming a 20-foot tree so it can fit in a tent on the lawn.

Fisher, co-owner of Pazzo Pazzo restaurant in Morristown, is known for the sort of go-big-or-go-home entertaining that has previously compelled her to have "love shacks" built in the restaurant for Valentine's Day or to cover the floors in a foot of sand to carry out a tropical theme. "When I'm planning an event, I always try to think of what's going to make it feel special and different in a way that other people aren't doing," Fisher said. Last week she hosted nearly 100 influential women, including Mary Dougherty, the guest of honor. Dougherty, a real estate professional who founded the networking and empowerment group Morristown Women in Business, volunteers widely. She is also the wife of Morristown Mayor Timothy Dougherty. For the occasion, Fisher decided to tap her own English roots, staging afternoon tea on a grand scale. The first part of the event showcased the first floor of her meticulously restored and exuberantly decorated three-story 1902 Georgian Colonial. Guests, in requisite hats and gloves, socialized on the first floor and veranda before heading down to the nearby event tent for tea. "Tents are only pretty if you fill them with trees and flowers," Fisher said, so she had the temporary room decorated with flowers, white pumpkins and cornstalks  in addition to the star dogwood. "I wanted a focal point of something grand and extremely pretty," Fisher said, explaining why she decided to enclose the tree. Tea was served in delicately patterned China cups, with scones and finger sandwiches daintily stacked and within reach on tiered trays at each of 10 round tables. The selection included English cucumber sandwiches with fresh dill and cream cheese; smoked salmon with butter; egg salad and watercress; ham with grain mustard on rye. "I really wanted it to be authentic tea and scones with Devon cream," Fisher said. So traditional was this tea that she didn't offer coffee. "My mother is from England," says Fisher, a classically trained pianist who also danced with the New Jersey Ballet for 10 years. She grew up in Montville with her brother and transplanted parents. Her father is from Jamaica. Fisher said the goal was to honor Dougherty while also celebrating the accomplishments of those attending. Fisher, a self-described label whore and former model, said the event also offered guests a hats-and-gloves occasion to "come with your best foot forward." Additionally, Fisher has preservationist leanings, so the gathering offered an opportunity to show the restoration possibilities for a 113-year-old home. While some work had been done previously, Fisher in 2007 began stripping away more than a hundred years' worth of paint to renovate the 9-bedroom, 8-bathroom brick residence. "Because of my disability, I didn't move in right away, says Fisher who lost movement of all but her biceps and one wrist after she broke her neck in a 1998 diving accident at the Shore. Part of the work she had done in the house was to make its various levels wheelchair accessible. "I took apart my entire butler's pantry," she said. "I took the original cabinets out so I could put in the elevator shaft. I can come into the elevator right off the driveway." Fisher said the elevator has seven levels, explaining that the home's back wing had been servant's quarters with areas that are at different levels from the home's second and third floors, often just a few steps up. Much of the challenge with the elevator's installation was figuring out how to keep the house intact. The butler's pantry was relocated to preserve its functions and extensive cabinetry. In the process of gutting three closets to make room for the elevator and preserve the pantry, Fisher came across original brick that was left exposed near the bar area of the relocated pantry. The bar, accessible by a half door, is adjacent to a billiards room in which guests could gather to chat before the recent tea. Dougherty said she was honored that Fisher chose to recognize her work. "The afternoon was absolutely exquisite," she said. "Ashley is amazing. It was just an afternoon tea for the ladies. How refreshing." Dougherty also appreciated that the event encouraged them as women and business leaders to "be there for each other and grow our community and our friendship." Fisher hopes it also illustrated the importance of respecting the past. "There are some very important things about Morristown that should be preserved, just as I have preserved this house." - By Kimberly L. Jackson | For The Star-Ledger